"If I'd gone to other places, any other place, you wouldn't have an in house television channel, that's a marvelous thing for those of us in the community who have been involved with film and television and continue to be creative."
-MPTF member, source: MPTF Clip from Media Room Highlight

"The late writer-director-producer Melville Shavelson, who was on the fund's board, first started talking about the channel 15 years ago with Ken Scherer, CEO of the MPTF Foundation. 'His first idea was to have a radio station,' Scherer said. 'That didn't make much sense to me because most of the people here are from film and television. 'What executive producer Jennifer Clymer has been able to do is engage the residents,' said Scherer. 'We have shows where some residents create animation, we have shows where they tell jokes and shows where they read poetry. It has been incredible.' "
-Latimes.com Article: TV Neighbors

Current members of the entertainment and television industry are also able to volunteer for the MPTF Shavelson Media Room & Channel 22 and take advantage of the wealth of knowledge engaging in intergenerational learning. Retired senior residents are able to pass on traditions within the industry. High school students and other recently retired entertainment professionals are also welcome to volunteer. 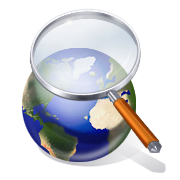